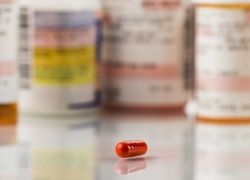 In 2014, Florida approved and passed SB 360/HB 99, which effectively raised the minimum trafficking weight thresholds for drug trafficking charges related to prescription painkillers and similar opioids. Now, two years later, we can get a clearer picture of how this bill has impacted Florida drug crime law and whether or not it is living up to its intended purpose.

Before SB 360/HB 99 was approved, anyone possessing more than four grams of most prescription painkillers could be charged with drug trafficking. Due to the fact that Florida law counts the weight of the whole pill, not just the portion of it that is used to refine an illegal substance, in most cases holding seven or eight pills was enough to get hit with the felony charges. For people who had become addicted to opioids, it was not unusual for them to have this many on them, despite them clearly having no intention of trafficking or distributing them. In the end, thousands of people who had really only been violating the law through possession were being jailed for up to 3 years and losing thousands in fines for trafficking charges. All of these people incarcerated also meant the average Florida taxpayer was putting more of their money into the prison system.

In response to the massive influx of imprisoned individuals, SB 360/HB 99 pushed up the minimum trafficking thresholds for painkillers and also split them into more subgroups. In particular, the law targeted prescription painkillers that had hydrocodone or oxycodone in them. By a rough estimate, hydrocodone thresholds were nearly tripled at the lower end of the spectrum and oxycodone thresholds were doubled at the lower end of the spectrum; both hydrocodone and oxycodone maximum thresholds – the amount that would give the maximum prison sentence if convicted – were more than tripled.

With these changes solidly in place for two years, Florida has seen a decline in opioid drug trafficking arrests. It is also expected to save taxpayers millions of dollars that would have gone towards the prison system for the next three or four years. Empirically measuring this amount is unreliable at this time and will likely need to be done once the expected financial changes have fully run their course.

If you have been arrested for trafficking an opioid painkiller, law enforcement may have been following the law before SB 360/HB 99 was approved. Defend your rights to a fair trial with the help of Law Offices of Jason K.S. Porter, P.A. The Jacksonville criminal defense attorneys at our law firm have more than 90 years of combined legal and trial experience. Call (904) 701-0591 today for a free case evaluation.